Category: Investment Deal of the Year, CEE
At the beginning of 2020, Accolade has decided to invest in new region in Poland, into new industrial park in Legnica. The project involves the construction of nearly 93,000 m2 of warehouse and production space in four stages. The first was completed during the summer and the estimated value of the whole project is EUR 57.42 million. Due to the new park project in Legnica, built on the revitalized pre-war airship base, the company's brownfield portfolio in Poland will be increased by up to 53%. The modern sustainable complex also aims to be awarded the BREEAM certification at a minimum level "Very Good". The location in the Lower Silesian Voivodship, one of the most industrialized and urbanized regions in Central and Eastern Europe, availability of a qualified workforce, and the proximity to the A4 motorway, Germany, and Czech borders. That makes Legnica a very attractive location for logistics companies, distributors, and manufacturing companies. Recent months have made it clear that it is these sectors that are keeping the European economy going in every situation and the infrastructure needed for the sustainable development of Europe's regions. This development is supported by the Accolade Group with its investments. And Legnica is great case/example. In the regions where the company operates, tries to be the best neighbor, providing people with better infrastructure, creating better-paid jobs than is an average in the region, and increase the attractiveness of the place. All of this is also proved by the first tenants that will make presence in the park. The technological leader in the software solutions for construction markets MiTek and e-commerce wear distributor and manufacturer Spreadshirt. The whole project is designed to bring a lot of economic power to the local micro-market and has the goal to be one of the key pillars for the further development and modernization of the whole business environment around the Legnica city and surrounding cities. 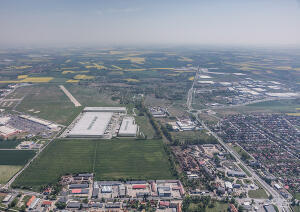 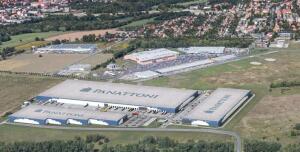