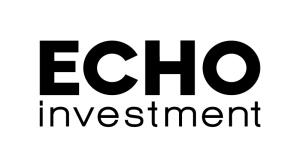 Echo Investment is the largest Polish developer, the only one on the market with extensive experience in three sectors of the real estate market: residential, retail and service as well as office one. AIts flagship project complementing the city's fibre is Browary Warszawskie, which is being built in the heart of the fastest growing district of Warsaw.
The company is preparing further ‘destinaton’ projects in Warsaw, Kraków, Łódź and Wroclaw. Since 1996 Echo Investment has been listed on the Warsaw Stock Exchange. Since 2015 Echo Investment has been part of a dynamically developing capital group: PIMCO – Oaktree – Griffin Real Estate.