Category: Outstanding Non-Business Achievement of the Year, Poland
The war in Ukraine has shaken the world. Both major companies and individuals have rushed to help Ukrainian refugees. STRABAG Group in Poland immediately took measures to provide shelter, necessities, and mental support. Nine days after the start of the war (March 4), the company shared its first fully prepared building for Ukrainians fleeing the war. A week later, another was ready for use.

STRABAG Real Estate in cooperation with the City of Warsaw arranged 3,300 sqm of space in the Atrium International building. STRABAG construction company adapted the facility to the needs of refugees, providing additional showers and kitchens. At its peak, over 250 people were accommodated there with the majority being mothers with children and elderly people. Ukrainians have received on-site legal and mental aid. STRABAG Real Estate made similar efforts in Kraków. An average of 460 people have stayed in specially equipped spaces in the Plaza shopping center. Refugees have access to the necessary infrastructure: sanitary facilities, a canteen, and a playroom with toys and books being collected and donated by STRABAG employees. From March 11 until June 29th, the Plaza was a temporary shelter for 2360 refugees waiting either for final accommodation in Kraków or continuing on to another location. The refugee effort saw nearly 200 STRABAG employees involved in adapting two temporary buildings to new conditions. Thanks to cooperation with the city authorities and charity organizations, both facilities were equipped with food, beds, mattresses, and sleeping bags. Internationaler Bund Polska in cooperation with STRABAG Group, IKEA Kraków, and Diverse also launched the "Wardrobe of Good" project. In Plaza, refugees can get free clothes and try them on in a comfortable environment.

These initiatives were supported by other goodwill gestures. STRABAG Group joined the relief effort in 40 Polish cities. Business cars transported over 2000 people from the border into Poland. Three trucks that transported 32 tons of food and hygiene products were sent to Kharkiv, Chernihiv, and Lviv. A total of 17 sanitary and living containers were also installed for temporary aid points. The relief efforts were supported by volunteers – company employees, who regularly collected donations. Moreover, from March to May, STRABAG offered its employees two volunteer days, which they could use to help Ukrainians.

The STRABAG Group has helped thousands of people who lost their home overnight. 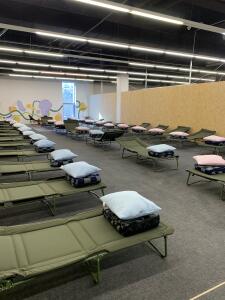 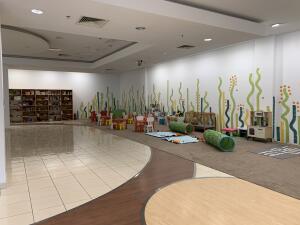 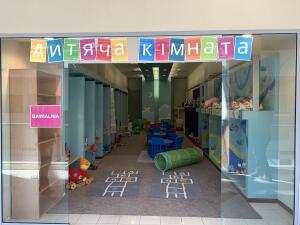