The personal side of Jeroen van der Toolen 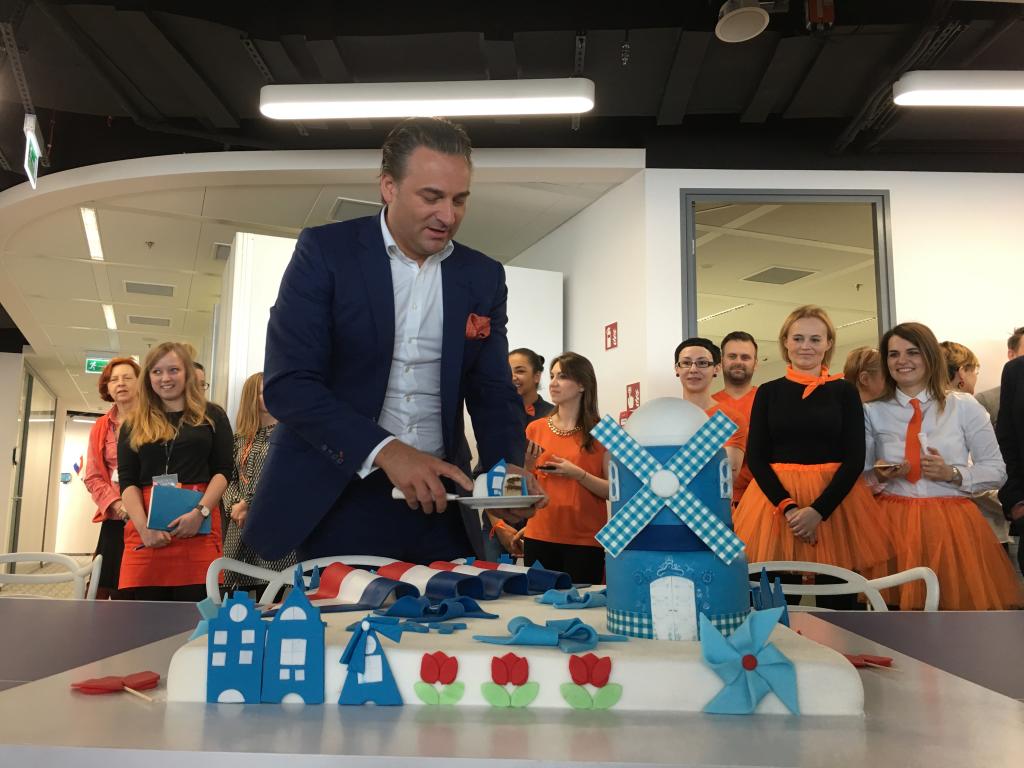 In our third interview with those shortlisted for the Eurobuild Personality of the Year award, we talk to Jeroen van der Toolen the managing director of Ghelamco for the CEE region.

Under his tenure Ghelamco has been responsible for such landmark projects as Warsaw Spire and Warsaw Hub. The company is also active in Łódź, Katowice and Kraków. The winner of the Personality of the Year award will be chosen at the Eurobuild Awards Gala to be held on December 5th.

Who do you admire most in the real estate industry?

I admire people who are able to create visionary projects which improve the urban landscape and the quality of life of a city’s residents and at the same time create a friendly workplace.

During my studies at the Vrije Universiteit Amsterdam, I took an extra subject in real estate. It was research on a business park in Portugal for a Dutch developer. This triggered my interest in the real estate industry. After graduating, I took up a job in DTZ in the Netherlands instead of working for Unilever or Heineken, which was a more natural choice after getting a degree in business and economics in the Netherlands.

It’s simple. It was the decision to buy a plot in Warsaw’s Wola district. In a market that nobody had believed in back then, we created Warsaw Spire with Plac Europejski. The project completely transformed the Wola district from an industrial area into a modern part of Warsaw’s city centre.

(…) I think it is a really good thing that I have to think hard to say what my biggest failure is. I have had lots of minor failures but never anything big, and I hope to keep it that way.

Winning an award for Warsaw Spire in Cannes during the MIPIM fair made me realise that not only people from Poland, but also those from other countries from Central and Eastern Europe were very proud that the Polish project had won the contest out of 47 countries and about 250 projects. It shows that Poland is now a leader rather than a follower in its creativity when developing quality projects.

What major projects are you planning for the near future?

We now have two flagship projects under construction: The Warsaw HUB and Spinnaker (its temporary name). Apart from that we are planning three more towers and large projects in the centre of Łódź. We are also working on the projects in Kraków and Katowice.

Of course it’s Warsaw Spire. We put a lot of heart and a lot of work into it. I think this project will always have a special place in my heart.

In the morning, after a quick breakfast, I go snowboarding, then in the afternoon I go sailing with my wife and kids, and in the evening have a fantastic dinner on the beach with my best friends followed by a great party.

Zuma in Dubai and Wabu Sushi in Warsaw.

Karel. He lives in Amsterdam and we have been best friends for over 30 years now. He is a fantastic guy and I’m happy that our wives and kids have become super good friends as well. He’s always full of positive energy.

People who are always complaining and have a negative attitude.

As a person who was an excellent husband, father, and friend. Honest, straightforward and respectful towards others.