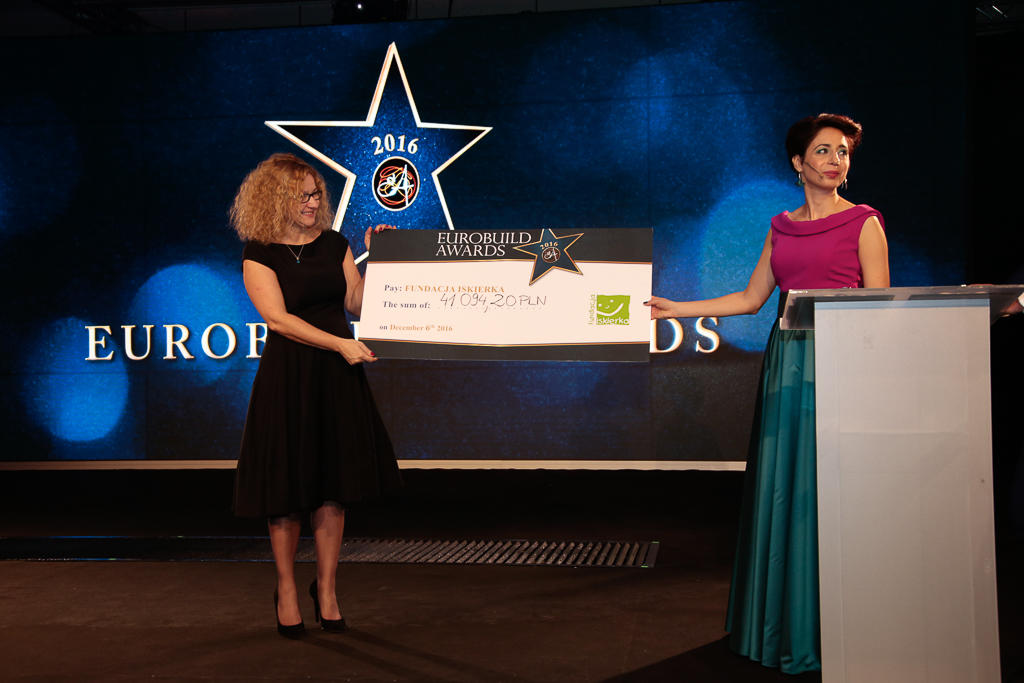 The guests of the Eurobuild Awards gala, encouraged by Szymon Majewski representing the Iskierka foundation, willingly donated to the charity for sick children and a total of over PLN 40,000 was raised.

A six litre bottle of Amour de Deutz champagne was donated by Robert Melżynski and together with Szymon Majewski, he led the auction, in which PLN 35,000 and donated to the charity. This year the auction was won by GTC, whom we thank for their generosity. In the charity lottery a further PLN 6,000 was collected
The Money raised for Iskierka is to buy a Solo macerator, which has been designed to grind up all kinds of waste from hospital isolation wards. The machine, which is priced at PLN 23,580, is to go to the oncology ward of the Stanisław Szyszko Clinical Hospital No.1 of the Medical University of Silesia In Katowice. The foundation also wishes to pay for a group to take part in an Akcja Lato sailing camp in Masuria including the chartering of four boats with berths at a cost of around PLN 50,000.

We wish to sincerely thank all those who took part In this initiative.