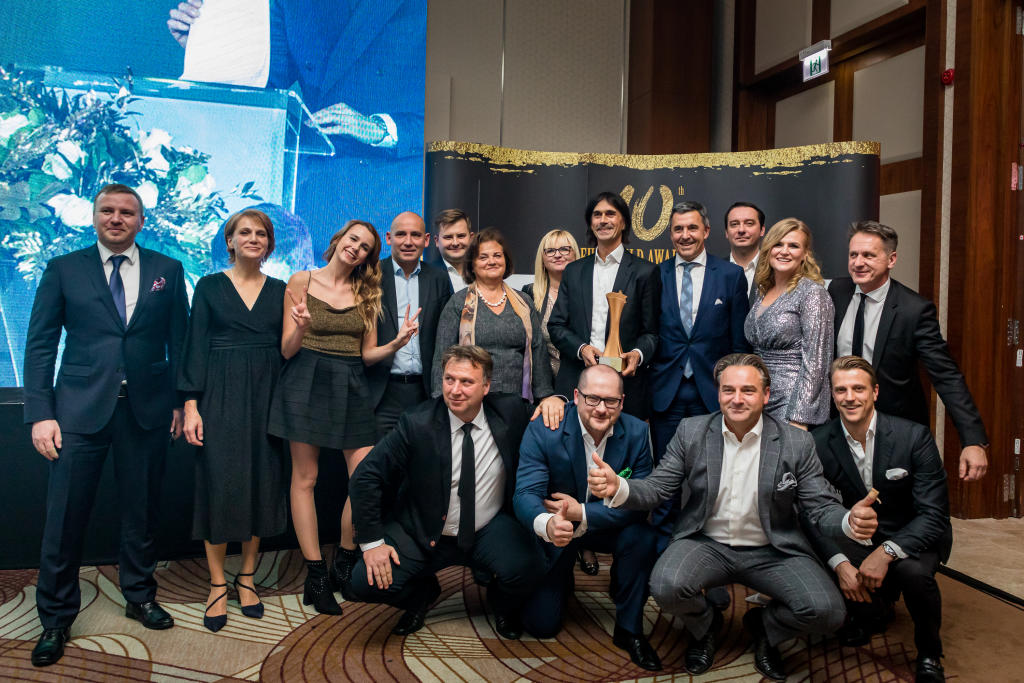 The Office Developer of the Decade, Poland – Ghelamco Poland

The area around Rondo Daszyńskiego in central Warsaw, one of the hottest developments districts in the city, wouldn’t be what it is today if hadn’t been for the contribution made to it by Ghelamco. This was certainly one of the main factors the jury considered when it chose the company as the Office Developer of the Decade

The net profit that Ghelamco has generated of EUR 500 mln over the last decade is the best evidence there can be that it hasn’t been wasting any of its time. Over this period the company has developed thirteen projects and sold eleven (353,700 sqm of real estate) for more than EUR 1.3 bln combined. “We have had a very successful ten years,” beams Jeroen van der Toolen, the CEE managing director of Ghelamco.

The decade, however, started with the market slowdown in the wake of the credit crunch. At that time Ghelamco was developing a number of projects in Warsaw’s Mokotów district, including Trinity Park III and Wołowska 24, as well as Crown Square near Rondo Daszyńskiego and (outside the capital) Katowice Business Point.

“We were developing a lot of space in Mokotów in particular. Despite the global recession, all these buildings were leased and sold,” points out Jeroen van der Toolen. But what has brought the biggest change – to the company itself and the Warsaw office market – was Ghelamco’s acquisition of the site for its Warsaw Spire complex in the city’s Wola district. “Ten years ago everybody thought that buying such an expensive plot in Wola was crazy. They imagined that the company might even go bankrupt because of a purchase like that. But we really wanted to start our flagship project there and change the perception of the district, creating a really modern city centre in Wola. What we can be proud of now is that we were right,” insists Jeroen van der Toolen.

Part of that change was also the creation of Plac Europejski square next to the complex. “This turned out really well. The square is used by both the users of Warsaw Spire and the local residents of Wola district. Another confirmation of this was the award Warsaw Spire won at MIPIM 2017 as the best office investment in the world. And then, of course, all the other developers started developing other projects around Warsaw Spire, as we continued to do ourselves” says Jeroen van der Toolen. Two of these are Ghelamco’s latest flagship projects, The Warsaw Hub and Warsaw Unit, which are now under development nearby. One leasing contract for 21,000 sqm in The Warsaw Hub has been signed by InterContinental Hotels Group. “The fact that one of the developments we are building will include one of the largest hotels in Warsaw is of great significance to us,” declares Jeroen van der Toolen. He believes that The Warsaw Hub, which is to be completed this year, will become the largest ever asset transaction on the Polish office market. “The biggest so far has been for Warsaw Spire, which we sold in three phases for a total of almost EUR 600 mln,” he adds.

The Warsaw Hub should also surpass the Warsaw Spire in terms of the innovative systems to be found within it, including smartphone navigation around the building, a car recognition system in the underground car park, a charging station for electric cars, and the Hi-Fog fire protection system. This uses significantly less water than traditional sprinkler systems and therefore requires less space for water tanks and piping. This results in more space and structural load savings, but it also means less water damage, quicker clean-up times and less operational downtime after the system has been activated. “Some subcontractors, global firms, say that they haven’t seen the systems we are going to use anywhere else; and so I think we can be very proud as an organisation that we are setting trends, as a company in Warsaw and not one from, say, San Francisco or another US city,” argues Jeroen van der Toolen.

The company is also proud to have had the first office building in Poland to be certified under BREEAM (Trinity Park III in 2010) as well as theonly one to achieve an ‘Outstanding’ rating under the BREEAM International New Construction Office 2013 system (Wronia 31 in 2018). Now, Warsaw Unit is the first office tower in Poland to undergo Well v2 Core certification.

So what else is the company planning to do in the future? “We have fantastic locations and even better projects in the pipeline,” claims Jeroen van der Toolen. Ghelamco is aiming to build in five other cities outside Warsaw and to buy another big site in Warsaw for its next large development. “Our target is to design and build part of a new district from scratch, and we will then see a new generation of architecture emerge along with the urban planning to improve the quality of life of the people of Warsaw,” he insists.