A running start for Maraton 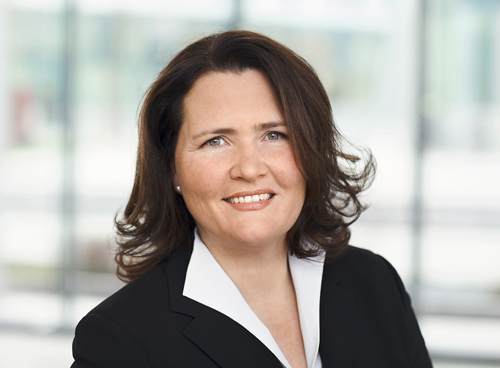 The Office Building of 2019 according to the tenants: Maraton in Poznań

The Maraton building in Poznań has proven itself better than all the other office buildings in the country. Its tenants rated it as the best office building of 2019. This is a great distinction and bodes well for a building that has only been operating on the market for two years

The best office building of 2019 received a great score in the ratings with an average of 4.27 out of a total of 5 possible points, which is the highest rating awarded over the past three years. So it is no surprise that the Poznań office block was the clear winner in 14 out of 35 categories including for its location, its interior design, its back-up electricity supply, the quality of the services included in its rent, the appearance of its lobby, its environmental sustainability and its architecture. “Maraton is simply a great office building that today meets the needs of many office tenants coming from various sectors. It is not only a place to work but also a space where you can just feel good. The space in the building is well planned out and provides many different areas where people can rest and relax or meet together in groups. Also, Maraton has a superb open lobby where tenants and their guests feel welcome from the first moment they enter,” says Kirsten Felden, a senior investment manager at Union Investment, which took over the responsibility for the building in 2017.

There is nothing extraordinary about owners praising their own building, but this building’s tenants are also of a similar opinion. And there is no higher praise for a property than a lease extension. Call centre operator Conectys took such a step this autumn. The company extended its lease agreement for 100 workstations in the co-working office area in the Business Link building. “We were looking for a space that was not only in the centre of Poznań but also and above all for a space that would provide our international team with the right environment in which to develop in a friendly atmosphere. The first location we chose in Poland fully meets our needs and helps us in the acquisition of new talent,” says Marlena Szymanek, the country director of Conectys, explaining the company’s decision to extend its lease. They are not the only tenants to speak favourably of the building. “One of the building’s huge advantages is its location, close to the city centre as well as its ease of access. The standard of the finishing work on the building is also very high, both outside and in and its common areas make a great impression on visitors. Bicycle storage facilities with changing rooms and showers are also a plus. The fact the building is environmentally certified is also very important for us as a company,” says Monika Mura, the administration manager at the Olx group. “The lack of a canteen is a drawback. The last one closed down a few months ago and negotiations with a new operator are still in progress,” she adds. However, Knight Frank, the property management company responsible for the building, insists that tenants will have a new canteen from mid-February.

On the road to success

Maraton has now filled with tenants and been sold by its developer Skanska, but the construction work began on the building in January 2015 when the first hole was excavated on a site on ul. Królowej Jadwigi. It is often the case that when you start digging, you hit a surprise or two and part of a 19th century wall that was once part of Poznań Fortress was discovered during the construction work. Not a year had passed since work began, and tenants started signing pre-lease agreements – the first of which was Duni. By the time Skanska was celebrating the topping off in March 2016, two more companies – APS and Bridgestone – had signed up for offices in the building Further contracts proved only a matter of time. The project was going so well that Skanska found a party interested in buying the six-storey office project two months before its scheduled delivery. The buyer was a fund managed by Union Investment, and the deal was worth EUR 62 mln net. The opening of Maraton took place in May 2017 by which time it was already almost fully leased. Its tenants included Naspers, the Olx group, Sii, Bridgestone EBS, Duni European Finance Function and Rehau Business Services, Arvato Rockwool and Business Link. Now the building is fully leased.

Maraton is in the southern part of the Poznań’s centre, near the Old Town. Ul. Królowej Jadwigi is an important arterial road in the city. The office building, which was designed by CDF Architekci, has a gla of 25,000 sqm and a car park for 301 vehicles with twelve electric car charging stations. The building has been certified under LEED with a rating of ‘Platinum’. “Managing a building like Maraton can only be done through good teamwork. First of all, we want to thank Knight Frank for their excellent work and their on-site property management. And thank you Skanska for developing this superb building and setting up such an excellent tenant mix during the initial commercialisation stage. Few international investors were looking at Poznań at that time. Union Investment was convinced by the quality of the building and saw it as a great investment opportunity, and this award is a great recognition of our strategy for the future,” write Union Investment in acknowledgment of the award.