Category: Outstanding Non-Business Achievement of the Year, Poland
Savills4others is an initiative that recognizes and responds to the needs of small communities, and each project is a real support of individuals. The activities are carried out by the company's employees as part of their free time and they help others selflessly. The program operates under the Savills brand and is financed partly from the company's budget and partly from funds donated by people of good will, thanks to the brilliant and effective ideas of Savills employees. Each project is a different, beautiful story about helping, supporting and empathy. The Savills4others initiative also serves to raise awareness of the needs of individual environments as well as the barriers they encounter in everyday life. Among the completed projects are:
„Karma wraca” (What goes around comes around) - raising money for special food for dogs at the „KTOZ” shelter in Krakow. The means to the goal was a murderous trekking through the Tatras in winter, about 40 km long and nearly 4,000 m of mountain elevation, which was to draw attention to the urgent needs of a dog shelter. The initiative was implemented by representatives of the Krakow branch of Savills.
As part of the second project, Savills purchased a layette for Czako - a guide dog for a blind person. The official handing over of the dog to the new owner and the handing over of the layette took place in the Savills office. In addition, the "Guide dog" foundation obtained the equipment necessary to conduct training, including specialized glasses for simulating visual impairment that sailed through the Atlantic Ocean for two months.
Thanks to another initiative, Savills co-financed the project "holiday drop of happiness" - a vacation for children with oncological diseases. The "Our Children" foundation received the support.
Another project was an educational workshop for children on the living in the city birds’ habits. Savills also provided thematic educational materials (books, charts and games) for the participants’ school.
360 km by bike from Warsaw to Gdansk - this is how much Jarosław Pilch covered to convince Savills' business partners and friends to help. The purpose of this trip was to collect money for the purchase of bicycles for children from a socialization-type care and education facility in „Dom nad Potokiem” in Gdansk. The bicycle is an ecological form of transport in line with the ESG strategy implemented and promoted by Savills. 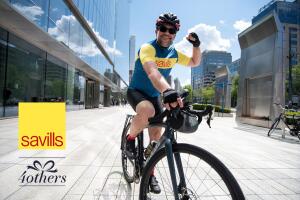 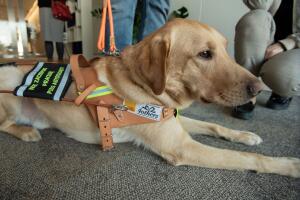 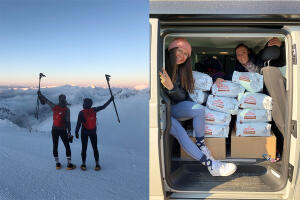